If an ED patient is seriously hurt by a medical error, a costly, yearslong malpractice lawsuit probably is inevitable, at least according to standard thinking. Yet there is growing awareness of an alternative to this all-too-familiar story.

Healthcare facilities are adopting communication and resolution programs (CRPs), a comprehensive approach for responding to unintended patient harm. However, EPs have been conditioned for decades to do just the opposite when something unexpected happens.

The authors of a recent study evaluated the liability effects of CRP implementation at four Massachusetts hospitals. Researchers examined before and after trends in malpractice claims’ volume, cost, and time to resolution. These data were compared to similar hospitals that did not adopt CRPs.[1]

“This study looked at what happened when a group of hospitals started systematically acknowledging when unexpected, adverse outcomes occurred in care; apologizing; and proactively offering compensation where substandard care caused serious harm,” says Mello, one of the study’s authors. Some key findings:

“There is no downside to this. It does not increase legal costs. In fact, there is immediate cost savings,” says Alan C. Woodward, MD, FACEP, another of the study’s authors and cofounder of the Massachusetts Alliance for Communication and Resolution following Medical Injury.

No studies to date on CRPs have separated the ED setting from other areas of the hospital. “While it isn’t unique to the ED, emergency physicians [EPs] are at high risk of lawsuits because they don’t have an established relationship with patients and don’t have ongoing information,” Woodward explains.

The study’s findings suggest that apology and proactive compensation can be pursued in any setting, including the ED, without adverse financial consequences. “I don’t think there is anything distinctive about the application of the program to the ED setting,” Mello says.

Transparency makes patients feel respected and less likely to feel the need to contact an attorney. “They feel less need to sue, and the system learns,” Benjamin says. “All this can be accomplished without an increase in lawsuits or liability costs.”

Despite some encouraging data, it remains unclear whether EDs (and hospitals in general) can really expect lower liability costs from CRPs. There is “a lot of uncertainty” in this regard, Mello acknowledges.

Freely admitting error, along with offered compensation of varying amounts, could raise total liability costs for hospitals if it turns out that many more patients receive payments. “Uncertainty about this issue continues to be a barrier to widespread adoption of the CRP approach,” Mello says.

The study’s findings help resolve uncertainty about the liability effects of admitting and compensating medical errors. Here, the evidence is clear: The CRP approach does not expand liability risk and may, in fact, improve some liability outcomes. “Hospitals can do the right thing — be honest about errors, apologize, and compensate patients who are injured by negligence — without adverse financial consequences,” Mello concludes.

Massachusetts, Oregon, and Iowa have passed laws permitting privileged discussions between physicians and patients after medical errors and allow for compensation offers when appropriate.

“The results in those states have been so favorable that other states are considering passing similar laws. It’s really going to take off,” says Florence LeCraw, MD, an adjunct professor in the Andrew Young School of Policy Studies at Georgia State University.

In 2009, Tennessee’s Erlanger Health System launched a CRP. The authors of a recent study examined 12 years of data from before and after that program started.[2] Researchers found a 66% reduction in legal claims filed, a 51% reduction in defense costs, and a 53% reduction in the time required to close.

The median time interval to resolve a claim decreased significantly, from 17 months to eight months. “Just think of how much less time a physician spends in their career with an open claim, which is one of the most stressful times in a person’s life,” says LeCraw, one of the study’s authors.

No medical error occurred in 65% of adverse events; an analysis showed that appropriate care was provided. In these cases, Woodward says, “You express regret that it happened. You support their medical and psychosocial needs. But there is no offer of compensation.”

Rarely, people still demand compensation — and litigation is unavoidable. “The good news for physicians is that you are then going to court with a very strong case — and a lot of support,” Woodward adds.

When medical errors occurred, they were openly acknowledged and fully explained. Notably, 43% of the time these cases were resolved by apology alone. “About 60% of that group had legal representation, and they still didn’t want money. They just wanted to know what happened,” LeCraw says. 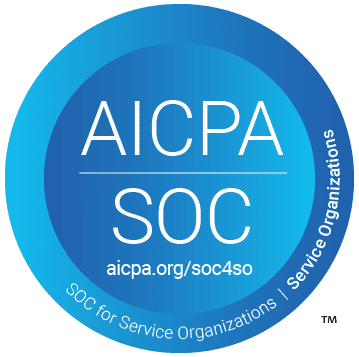